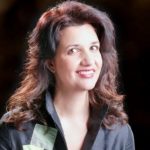 Ambika Chawla has professional experience in the areas of youth empowerment, climate change, urban development, and environmental law. She has collaborated with UN agencies, research institutes, and non-profit organizations in six countries across the globe. Ambika is passionate about advocating for healthy, equitable, climate resilient, and green towns and cities around the world.

Ambika is the lead author of a policy report about city level governance to tackle security, climate migration, and urbanization challenges, a key contributor to the UN’s analysis of urban development and climate change in Vietnam, and author of a chapter in the Palgrave Encyclopedia of Urban and Regional Futures. She is also the editor of the Green Growth City Development Strategy (GG-CDS) for Da Nang City, an urban masterplan which aims to create the first green city in Vietnam and in the Asia-Pacific region.

Ambika is on the steering committee for the Urban Economy Forum, an organization which collaborates with city leaders, urban development practitioners, UN representatives, and economists, globally, to develop urban economies that adhere to UN-Habitat’s Sustainable Development Goals (SDGs).

She is also on the executive board for DC EcoWomen, an organization which aims to inspire and empower women to be leaders for the environment.

In addition to her expertise on cities and climate change, she has written on a wide range of climate-related topics. Ambika has contributed to policy reports which have been published by the Panos Institute, the One Earth Future Foundation, the Global Green Growth Institute, the World Wildlife Fund (WWF), and UN-Habitat.

Ambika was the project coordinator for the book State of the World 2009: Into a Warming World, by the Worldwatch Institute. This book is an important reference guide on climate change, which has been translated into 25 languages.

As a journalist, Ambika’s work has been published by Yes! Magazine, Green Biz, Ensia, Global Diaspora News, Canadian Global Affairs Institute, Eco Watch, and Environmental Health News. She is the recipient of a diversity grant from the National Association of Science Writers (NASW).

She holds a master’s in environmental law, with a specialization in climate change law, from Sturm College of Law at the University of Denver.